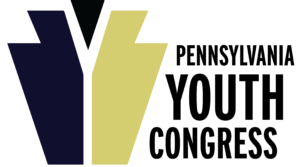 In addition to the accomplishments and activities featured below, PYC regularly participates with community events, actions, conferences, and celebrations.

Since 2011, PYC has participated in every major Pride festival in the state. Additionally, each year since we were established, we have attended (and often present at) the National LGBTQ Task Force’s Creating Change conference, the Bloomsburg Mid-Atlantic LGBTQA Student Conference, the True 2 You Summit in State College, the Keystone Conference in Harrisburg, and the Central PA GSA Summit, among others. PYC is a member of several committees and organizations that we regularly attend meetings for, including the Governor’s LGBTQ Workgroup, the Pennsylvania Department of Education’s Pennsylvania Bullying Prevention Partnership, the GSA Network, and others.