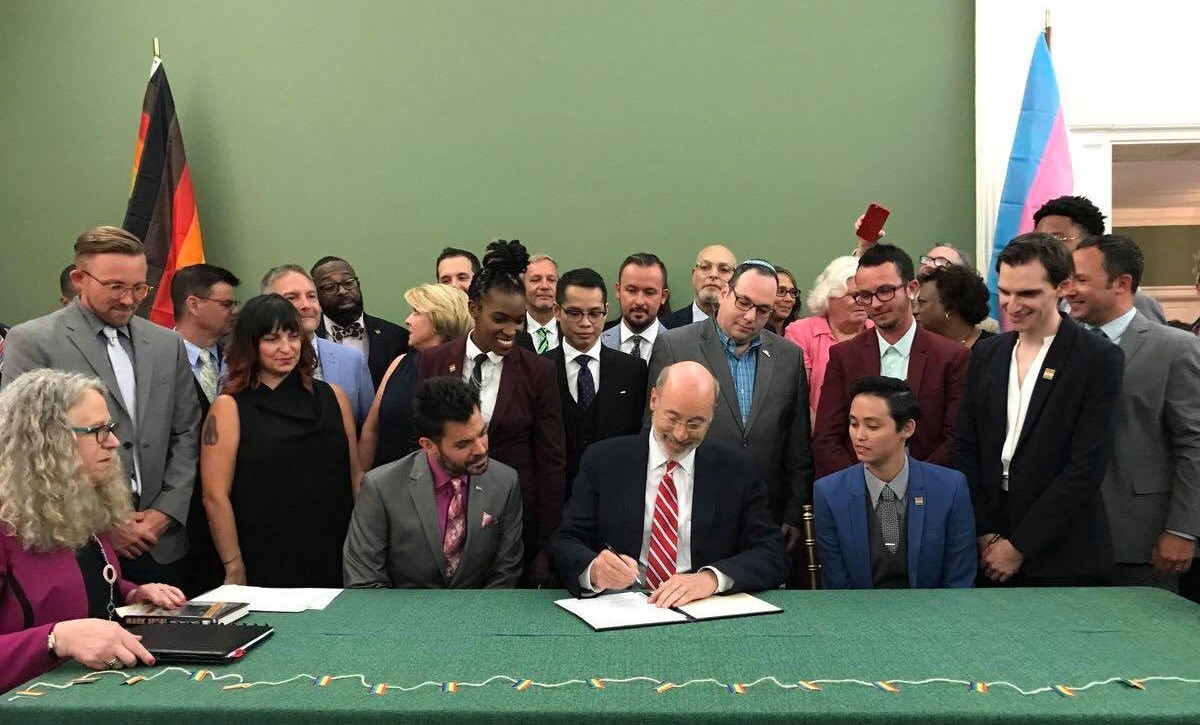 HARRISBURG, Pa. — The Pennsylvania Youth Congress is thrilled with the creation of the Pennsylvania Commission on LGBTQ Affairs. As Pennsylvania’s first and only statewide LGBTQ youth organization, PYC recognizes the importance of this commission’s work to provide a direct line for LGBTQ communities into state government.

In June 2015, PYC leaders presented a comprehensive proposal to Governor Wolf’s Administration to create the commission. Over several years, PYC youth leaders met with numerous Administration officials in support of the initiative.

“The Pennsylvania Commission on LGBTQ Affairs will provide a critical platform for our communities in making sure our state government is meeting the diverse and urgent needs of LGBTQ Pennsylvanians,” said Landau Goodman. He continued, “Our commonwealth has no statutory protections for LGBTQ individuals. We must use every resource we have to make sure all Pennsylvanians can be safe and thrive in their communities. This commission will immensely help us in this effort.”

PYC calls on this commission work to center vulnerable LGBTQ Pennsylvanians who are most impacted by the issues to be addressed. Landau Goodman said, “PYC looks to the commission to be reflective and responsive to the needs of all, including and especially trans individuals, trans and queer people of color, rural folks, youth, elders, people with disabilities, immigrants and refugees, and additional marginalized populations. We can do this with bold action, transparency, and accountability.”

In 1975, Governor Milton Shapp created the Council on Sexual Minorities, which was among the first governmental committees formed to address LGBTQ rights in the world. Community activists Mark Segal and Harry Langhorne were instrumental in helping start it. The council eventually dissolved. As PYC was forming in 2011, its youth leaders had learned about the council and wanted to propose the formation of a strong and dynamic commission to address current issues impacting LGBTQ Pennsylvanians.