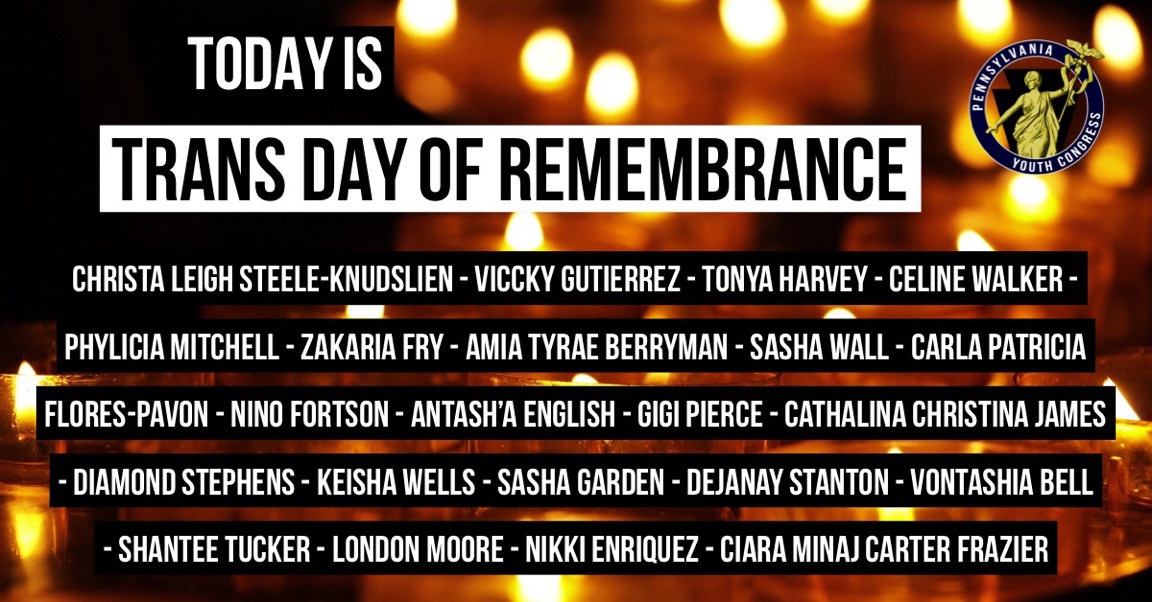 There have been at least 20 murders of trans people in the United States this year. The Human Rights Campaign has a list online here with additional information on the lives and murders of those who were killed in the past year that you can read at your vigil or event.

There have been countless slayings of transgender people because of their identity around the world since last year. The TDOR website memorializes the murders of over many of the transgender individuals we are aware of in this past year around the world.

Nearly two dozen organized vigils will be held in communities throughout the commonwealth for TDOR in recent years. This was a large increase from just a few events held in Pittsburgh and Southeastern Pennsylvania before 2013.

November is also Transgender Awareness Month, and November 12-19, 2018 is Trans Awareness Week. Many communities are not just mourning those lost to violence, but celebrating and lifting up the lives of transgender people. There are wonderful educational and community events set to take place throughout Pennsylvania. Several student organizations are holding Transgender Awareness Weeks. Trans Day of Visibility is annually on March 31st.

For the seventh year, PYC provides an online listing of Trans Day of Remembrance/Resilience events across the commonwealth.

If you would like to add your event to this page, please email us at info@payouthcongress.org. 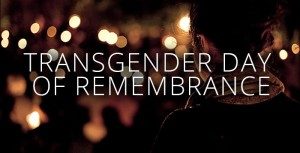