We recognize Pennsylvania as being the land of the Lenni-Lenape, Susquehannock, Shawnee, Erie, and Iroquois nations. Today and every day is the time to learn about, celebrate, and center Native communities.

For nearly ten years, the Pennsylvania Youth Congress has been keeping meticulous records of school board policies as they relate to LGBTQ inclusion throughout the commonwealth. This is a very involved process, which involves the tracking  of numerous policies across 500 districts.

The Pennsylvania Youth Congress is an organization both involved in advancing inclusion within our educational institutions and committed to addressing injustice in all its forms. We would be remiss to not take every opportunity to identify additional ways through policy that Pennsylvania public schools make education systems unsafe for students. After seeing dozens of outright racists mascots in our research, we knew this epidemic should be clearly brought to light on a statewide level. Anti-Native racism is an LGBTQ issue.

In 2016 we identified 67 racist mascots in Pennsylvania public schools. All but one of those mascots remain.

Only one mascot is no more: The Elmer L. Meyers Junior/Senior High School Mohawks from Wilkes-Barre were absorbed into a new single athletic team for all three high schools in the city, now known collectively as the “Wolfpack“. Additionally, East High School in the Erie School District is now a middle school but the district has kept the same mascot as Warriors for the school.

According to the Pennsylvania Department of Education’s enrollment statistics for the 2019-2020 school year, 55,162 attend these 66 public schools with racist mascots. These 65 high schools graduated 12,581 students out of 114,259 students from 596 high schools identified, or 11% of public high school graduates from brick-and-mortar institutions.

Racist mascots create a hostile school environment for both Native students and students of conscience by promoting wholly offensive imagery as a core community value.

For further reading on this issue, please learn from Native writers and perspectives directly. The National Congress of American Indians (NCAI) has long led activism on this issue and has a useful website summarizing this history as well. A national, Native-led campaign was formed in 2014 to challenge the use of racist mascots in the United States in Not Your Mascots which has partnered with NCAI. The Oneida Nation launched the Change The Mascot campaign, with a website that features a great deal of information and shares ways to get involved.

In 2014, Native writer Simon Moya-Smith published the following in CNN:

“On the whole, people can recognize what’s anti-black, anti-gay, anti-Latino, anti-Asian, and so on: But when it comes to racism directed at Native Americans, we, the first peoples of this continent, are left having to explain why Indian mascots and painting your face red at a Cleveland Indians game denigrate us. Years of studying and observing this situation have led me to an unfortunate conclusion: People have been conditioned to ignore racism directed at Native Americans.”

Notably, the national conversation has largely focused on the highly racist mascot of the Washington R*dskins. The fight to remove that mascot has been ongoing for decades. However, we are observing breaking developments in 2020 with the corporate sponsor and namesake of the team’s stadium, FedEx, publicly calling for the change, and just this week Nike removed all R*dskin apparel from their website. Land O’Lakes removed the image of a Native woman on its branded products, and the Aunt Jemima brand will be renamed with a new image not based in an anti-Black racial stereotype. 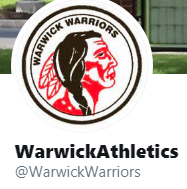 At least 68 Native students graduated this year from a Pennsylvania brick-and-mortar public school with a racist mascot, which likely includes a racist caricature on their diploma.

In Pennsylvania, there have been campaigns mounted by students at some of these schools to change their mascots.

Recently, the student newspaper at Neshaminy High School in Montgomery County took a bold stand against their mascot being the “R*dskins.” A major battle erupted in 2013 when The Playwickian was refusing to print “R*dskin” in their paper. A complaint was filed with the Pennsylvania Human Relations Commission, which in 2015, ruled the school had 90 day to change their mascot. The legal and community process was ongoing surrounding alleged violations of First Amendment. In November 2019, the Pennsylvania Human Relations Commission ruled that the R*dskin mascot was indeed racist but would be allowed to remain: the school would have to remove racist iconography around the mascot but would be permitted to keep the name as long as they provided cultural education on Native identities. The school district released this statement and it later was revealed they had spent over $430,000 in legal fees defending the mascot. In early December 2019, the Neshaminy School District Board of Directors voted unanimously, 9-0, to appeal the state’s ruling.

In 2018, students in the Indiana Area School District in Western Pennsylvania began advocacy with their school board to change their mascot from the Indians. We note that one of the leading advocates to change the mascot was an out transgender student. At a school board meeting later that month, the relevant sentiment from local residents was that there were no Native individuals in the district and so there is no ‘harm’ in the mascot, although several members of the community did rise to state they had Native ancestry. The mascot remains to this day.

There are two public schools in Pennsylvania with R*dskins as their mascot: Neshaminy High School in southeastern PA, and Sayre High School in northern PA. Together, these schools educated over 3,000 students (3,091) in the 2019-2020 school year.

We are not alone in raising this alarm. Just last month, advocates in Michigan continued their push to address this issue, where they have roughly the same number of racist public school mascots.

Our research is based on the 596 brick-and-mortar public high schools which graduated students in 2020 that we were able to identify. We identified 65 high schools and one middle school as having racist mascots. These schools are located all throughout the state — this is not at all an issue just for urban or rural schools. Two districts had more than one school with a racist mascot: Northern Tioga School District and the Philadelphia School District.

We did not count ethnic-inspired mascots such as the Vikings, Trojans, Scotties, or Dutchmen as racist. While they may present ethnic stereotypes, they do not promote and are not rooted in white supremacy. We also found two schools with Quakers for a mascot. This is felt as inappropriate by many Quakers, but again, not based in white supremacy.

Several district names are inspired by Native tribal nations located in their regions: The Mohawk School District, in Lawrence County (about halfway between Erie and Pittsburgh). Their mascot is the Raiders. The Iroquois School District in Erie County has Braves as their mascot.

While we are aware of East Middle School in Erie retaining the mascot of itself as a former high school, there are likely dozens of racist mascots in public middle schools and elementary schools throughout the commonwealth, in addition to private institutions. We believe it is important to identify mascots within these thousands of schools as well.

Of all 596 high school mascots identified, Indians was only second in popularity to Panthers, which were in 26 schools.

A full list of the racism mascots are listed below.

We can all learn from the strength and commitment of the students at Neshaminy, Indiana, and others who are actively resisting racist mascot names. These changes will not happen just by identifying mascots as racist. There are many personal conversations ahead in these communities about how much harm they cause people — with students, civic leaders, and ultimately, school board members.

It is an active policy decision by each of these 64 school district boards of directors to maintain these racist mascots in 2020. These are racist monuments in policy, in school spirit activities, athletics, impersonations, and yes, often involve physical monuments that are caricatures of Native people. We encourage local advocacy to ensure school pride in Pennsylvania is no longer steeped in racism, anywhere.

Native leadership must be centered through this process. If there is anyway the Pennsylvania Youth Congress can be helpful in your local campaigns to remove these racist mascots, please contact us anytime.

The time to take action is always now.

Logos of Racist Mascots in Pennsylvania Public Schools in 2020

[Update on September 10, 2020: This online report will be transitioned to a page on the PYC website in the fall of 2020. This specific page will stay online as record reflecting the mascots as they were active in July 2020.]