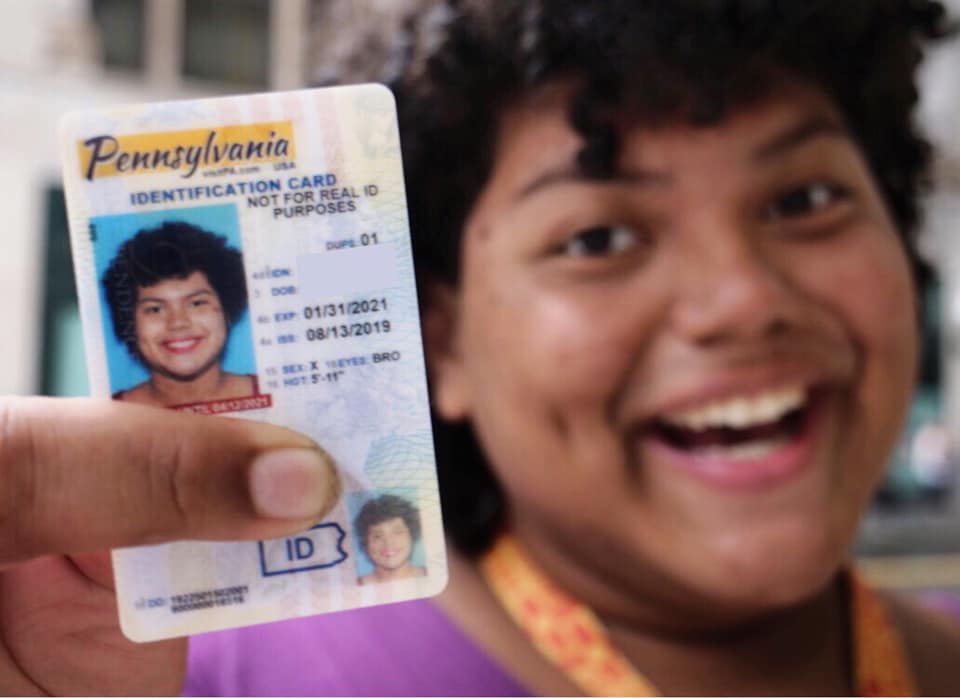 Gender-neutral markers are now officially here for Pennsylvania driver’s licenses and photo ID cards! This is an important step toward inclusion and the greater safety of non-binary and gender expansive Pennsylvanians. Gender-neutral ‘X’ markers have been available from PennDOT since early August 2019. As of today, all the paperwork is now formally updated for a seamless process to obtain an ‘X’ marker.

PYC is proud to have helped successfully advance this effort over several years. We proposed gender-neutral gender markers to the Governor’s LGBTQ Workgroup in 2017, and advocated for its adoption through meeting with PennDOT and other members of the Governor’s administration. We thank the National Center for Transgender Equality for their support behind the scenes with technical information. We sincerely appreciate PennDOT’s policy shop and administrators in the agency for their leadership!

The ‘X’ marker is currently available for individuals when they visit a PennDOT Driver and Photo Center. They can now fill out Form DL-32 directly, rather than having to go through a special work-around process as was necessary for the past year. The process is handled just as changing a gender marker from M to F or F to M. The process is now officially in place for a seamless application to change a gender marker to ‘X’.

Last August, when the process became available, PYC Ambassador Mahogany Ríos was the first reported person to receive an ‘X’ marker in the City of Pittsburgh (pictured above).

Please contact the Pennsylvania Youth Congress by email here if you experience any hiccups or challenges in this process. We are connected with PennDOT’s central team and want to ensure wherever non-binary and gender expansive Pennsylvanians are, they are treated with dignity and respect by our state government.

Going forward with the Form DL-32, the one-page form no longer must be signed by either a physician, certified registered nurse practitioner, therapist/counselor, or social worker stating they affirm the individual’s need to change their gender marker.

Since 2010, PennDOT has not required individuals wanting to change the gender marker on their driver’s license to undergo gender confirmation surgeries.

The driver’s licences and photo IDs with an ‘X’ gender marker are valid on REAL IDs.

We long for the day a gender marker is not needed on a driver’s license, but while they are required, they should be accessible to everyone. An ‘X’ provides those outside the binary sex designation the opportunity to be noted as such.

The National Center for Transgender Equality maintains a robust, updated listing of how to update various documents with an individual’s name and gender markers here.