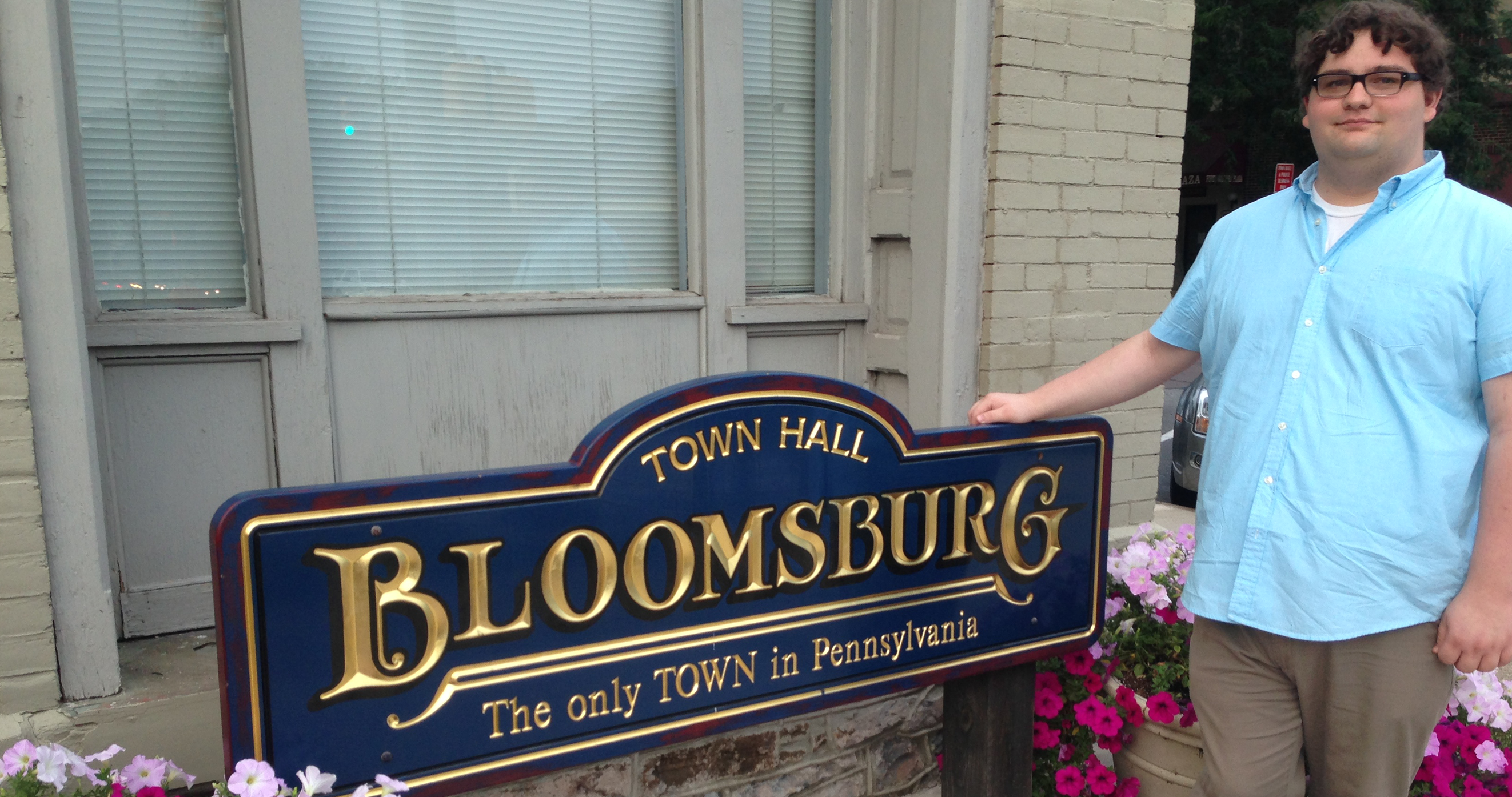 After a failed effort in 2014, Bloomsburg does the right thing and joins a growing number of Midstate communities adopting LGBT nondiscrimination laws

The Bloomsburg Town Council first considered the issue of LGBT nondiscrimination in a series of meetings in 2014. The movement for an ordinance that year hit a fever pitch when a local bridal shop refused service to a lesbian couple, becoming national news. That store has since closed. Although the Town Council was met with significant public support, they voted 4-3 against drafting an ordinance. The issue had not been brought back up for consideration until this year. Council received 55 letters of support for the ordinance with no comments opposed to the ordinance from town residents.

Mayor Bill Kreisher remarked that the ordinance was long overdue, saying “This [ordinance] will let everyone in Bloomsburg and everyone who comes to Bloomsburg know they are welcome here.” Since 2014, residents of Bloomsburg have elected eight new council members who publicly supported protecting LGBT people from discrimination during two campaigns. They joined Mayor Kreisher in voting to adopt this ordinance today.

Council Member Toni Bell championed the ordinance through the Community and Economic Development Committee, which she chairs. She said the reason she did this was stated in the ordinance’s declaration of policy, and that “It is important that everyone who comes here knows that they are full citizens.” She noted that the local ordinance additionally offers protections based on marital status, familial status, veteran status, and genetic information which are not covered by Pennsylvania law.

Council Member Jim Huber recalled meeting with members of the LGBT community after the earlier vote failed and making a promise to them that he would do the right thing. He said “I am glad to follow through on that promise tonight.”

Council Member Vince DeMelfi recalled being one of the speakers in support of the ordinance in 2014 and was glad to see it happen after six years. He urged other communities in Pennsylvania to do the right thing and said that they were welcome to use the Bloomsburg ordinance as a template.

Council Member Bonnie Crawford said she had read each comment submitted in regard to the ordinance and it was clear that the community wants this to pass after electing these council members over a six year period and being so vocal in favor of the ordinance. She specifically cited a letter of support from the Pennsylvania Youth Congress as helpful which included statements from local officials throughout the commonwealth.

Dan Knorr, former Mayor of Bloomsburg, spoke on behalf of the Bloomsburg University of Pennsylvania stating that the ordinance had the full support of the university and President Bashar Hanna. Knorr stated that “it was critical as a major employer to attract and retain students and employees and to help the community reach its full potential as the welcoming place we know it to be.”

Ammon Young spoke on behalf of the Coalition for Social Equity, a local nonprofit composed of community leaders from Columbia and Montour Counties who work for equality for all people. He shared the mission of the Coalition: Working together to promote a community that embraces respect, fairness, and support for the human dignity of all persons. He said, “I feel like we have succeeded in our mission tonight, doing this together.” He promised the support of the Coalition to work with the newly formed Bloomsburg Human Relations Commission in its work of education and prevention of discrimination. Mayor Kreisher thanked Young for his critical support in the process of drafting the ordinance, including connections with the Pennsylvania Human Relations Commission, which will train the local Bloomsburg commissioners when they begin their service in January.

The Bostock decision by the US Supreme Court in June 2020 was a landmark decision that is expected to read sexual orientation and gender identity into additional nondiscrimination laws. However, at this time, the decision only impacts Title VII of the Civil Rights Act of 1964 regarding federal employment protections. The ordinance in Bloomsburg will grant immediate and explicit protections to LGBT individuals not only in employment, but for housing and public accommodations as well.

The Fight for a Nondiscrimination Ordinance in Sharpsburg Has Only Begun
October 27, 2020