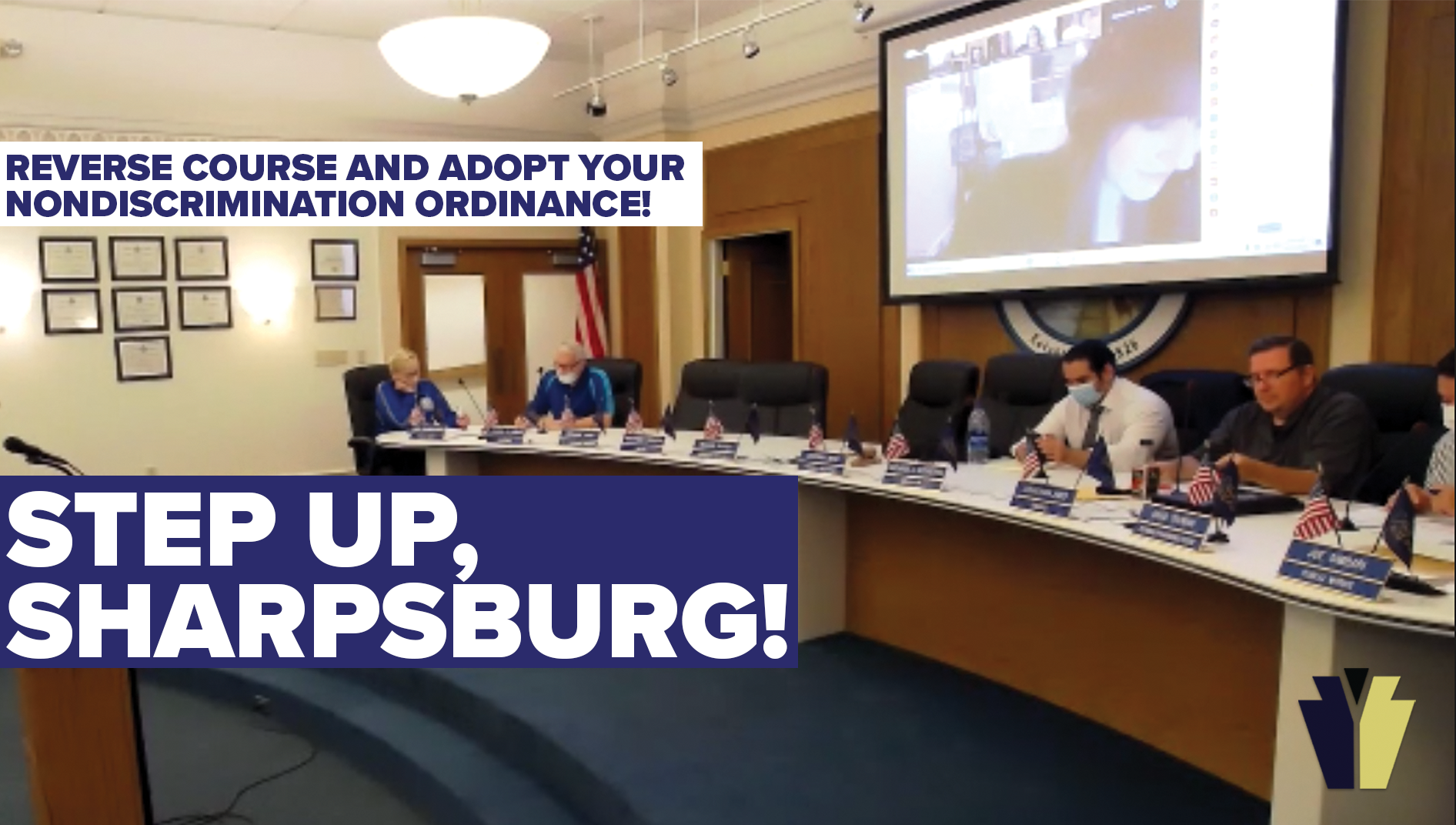 On Thursday, October 22nd, the Sharpsburg Borough Council voted down an LGBTQ-inclusive nondiscrimination ordinance in a 4-3 vote. There is now an effort to urge the council to reverse course and adopt the ordinance without delay. You can watch the meeting on the borough’s website here.

Sharpsburg is a small-town borough of approximately 3,300 residents bordering Pittsburgh along the Allegheny River.

We had to check with historians last week, but if this is Sharpsburg Borough Council’s final action, there is nothing on record in Pennsylvania history in accord with their vote. The only known ordinances to have failed — but were all later adopted — were in Abington nearly ten years ago, and State College and Allentown in the 1970s. The Sharpsburg Borough Council is comprised of seven members who are all Democrats. 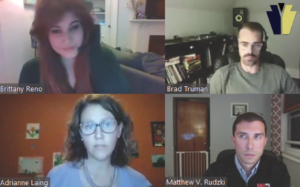 The Pennsylvania Youth Congress was only brought in to support this effort in the final days leading up to the vote by local advocates. PYC sent this letter to the Borough Council to urge a positive vote and provide additional information to questions that were raised at their September meeting. The PYC letter was cited numerous times by various council members as demonstrating the need for the ordinance, and was read into the record by Council Vice-President Laing during the meeting. State Senator Wayne Fontana and State Representative Sara Innamorato also sent in letters of support.

The four council members who voted against the ordinance expressed their dissent as being influenced by the Borough Solicitor, Mr. Michael Witherel, Esq., who claimed that the ordinance was unnecessary, redundant, and unconstitutional. All of those reasons are patently false. The Pennsylvania Human Relations Act of 1955 explicitly authorizes municipal governments to enact ordinances creating local human relations commissions that can enforce expansive nondiscrimination protections. There are now 60 local nondiscrimination ordinances protecting LGBTQ individuals throughout the commonwealth, which have been adopted since 1982. Ross Township, Mt. Lebanon Township, and the City of Pittsburgh have adopted their own nondiscrimination ordinances. Allegheny County adopted an ordinance in 2009. The scare-tactic of a legitimate lawsuit against this ordinance is simply unfounded.

The Pittsburgh City Paper has reported on the failed vote in Sharpsburg here, and WXPI aired a news story on television here.

The time is now to organize and encourage the Sharpsburg Borough Council to take swift action and correct this wrong.

We must urge them to learn correct information about the laws of Pennsylvania on discrimination and listen to the citizens of their community who are calling for this ordinance.

To that end, we are coordinating directly with Sharpsburg leaders to amplify their advocacy to ensure a nondiscrimination ordinance will be brought back up for a vote in short order.

Please review the following action items and get involved!

Talking Points for Emails to Council Members
○ I am writing to urge you to reconsider your position and support the passage of an LGBTQ-inclusive nondiscrimination ordinance in Sharpsburg.
○ Everyone should be able to live, work, visit, and raise a family in Sharpsburg with dignity and respect, regardless of their sexual orientation or gender identity.
○ Without explicit statewide protections for LGBTQ people in Pennsylvania it is the responsibility of local governments to step up
○ The Pennsylvania Human Relations Act empowers you to enact this ordinance. In fact, there have been 60 ordinances adopted over nearly 40 years protecting LGBTQ people from discrimination in Pennsylvania.
○ Enacting this ordinance is a sure way to attract new residents, visitors, and investment in the Sharpsburg community.
○ Please, do the right thing and support the passage of this vital ordinance.

Questions or ideas? Contact us at info@payouthcongress.org! We will pass your messages onto the advocates in Sharpsburg as they continue to build their campaign.