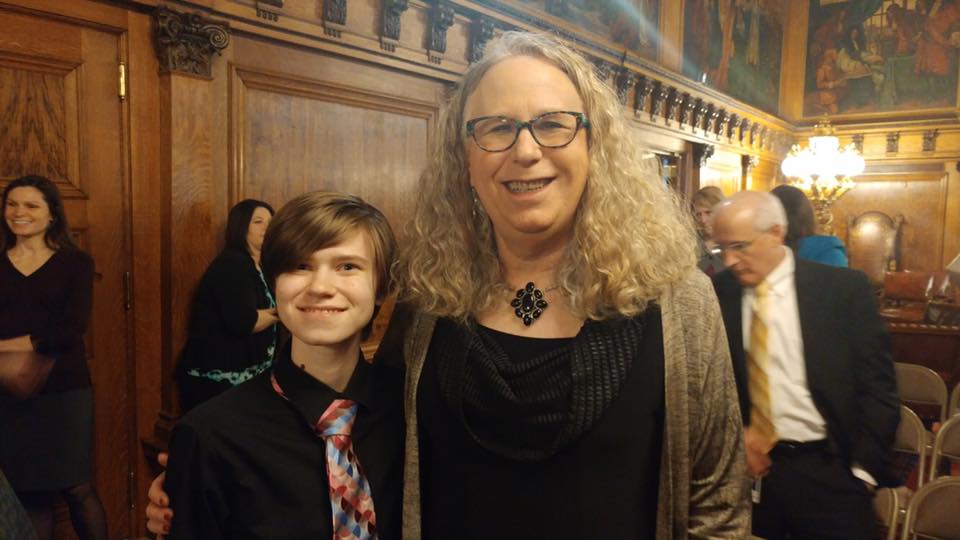 Dr. Levine has been a longtime champion of LGBTQ inclusion and equity. She was active in several LGBTQ organizations before joining the Wolf Administration, in addition to her inclusive healthcare practice and teaching at Penn State – Hershey Medical Center.

“Dr. Levine is a Pennsylvania treasure and now the nation will benefit from her expertise. As she has in Pennsylvania, she will remain laser-focused on the mission to safeguard the health and wellbeing of all people. She will continue to provide specific attention to the health of vulnerable communities, including LGBTQ people. I’ve known Dr. Levine for over a decade and have always been inspired by her leadership, authenticity, and wisdom,” said Jason Landau Goodman, Executive Director of the Pennsylvania Youth Congress.

Pennsylvania Youth Congress’s State Policy Associate Preston Heldibridle said, “The first time I ever became involved with advocacy was when I met Dr. Levine. As a high school student I was able to meet with her in the wake of the federal government’s horrible attack on trans youth. She was there for us in our time of need, and I will never forget that. I knew then I had to get involved. Having a highly competent public official with decades of experience and knowledge in healthcare will let us get right into the work of protecting the very lives of all Americans, and especially vulnerable transgender and queer youth. She has served as a beacon of hope and inspiration for me and many other young trans Pennsylvanians. Dr. Levine has done a stellar job serving not only the trans community, but all Pennsylvanians throughout her time in state leadership, even in the midst of the worst public health crisis of our lifetimes. I have full faith she will continue to lead with strength and grace at the federal level as well.”

As Secretary of Health for Pennsylvania, Dr. Levine has experienced vicious and vile anti-transgender attacks during the COVID-19 pandemic. There have been many instances of business owners and private citizens lashing out against her actions to save lives of Pennsylvanians with cruel messages on large signs on the street, restaurant menus, or even a dunk booth at the Bloomsburg Fair. In response to the outrageous actions of the Bloomsburg Fair, the Pennsylvania Youth Congress coordinated a demand letter to the fair’s leadership signed by over 50 LGBTQ community organizations throughout the commonwealth. As a testament to her high regard by trans and queer leaders in Pennsylvania, those 50+ organizations signed on within less than 24 hours.

In response to those attacks, she issued a strong response. “Fear is the path to the dark side. Fear leads to anger, anger leads to hate and hate leads to suffering. People fear what they don’t understand, and obviously they have a heightened sense of fear and anxiety given the uncertainties of our times. I hope that by being a public figure and being secretary of health during this public health crisis, that that educates people about LGBTQ individuals and transgender individuals — and if they are educated, then they fear less. Thus, they get less angry, and thus, they hate less.”

The Pennsylvania Youth Congress joins with dozens of LGBTQ organizations throughout the nation in urging the Senate to swiftly confirm her appointment so she can get right to work. As Assistant Secretary of Health and Human Services, she would help manage numerous key health offices and programs throughout the agency, including 10 regional health offices across America, the Office of the Surgeon General, and the US Public Health Service Commissioned Corps.