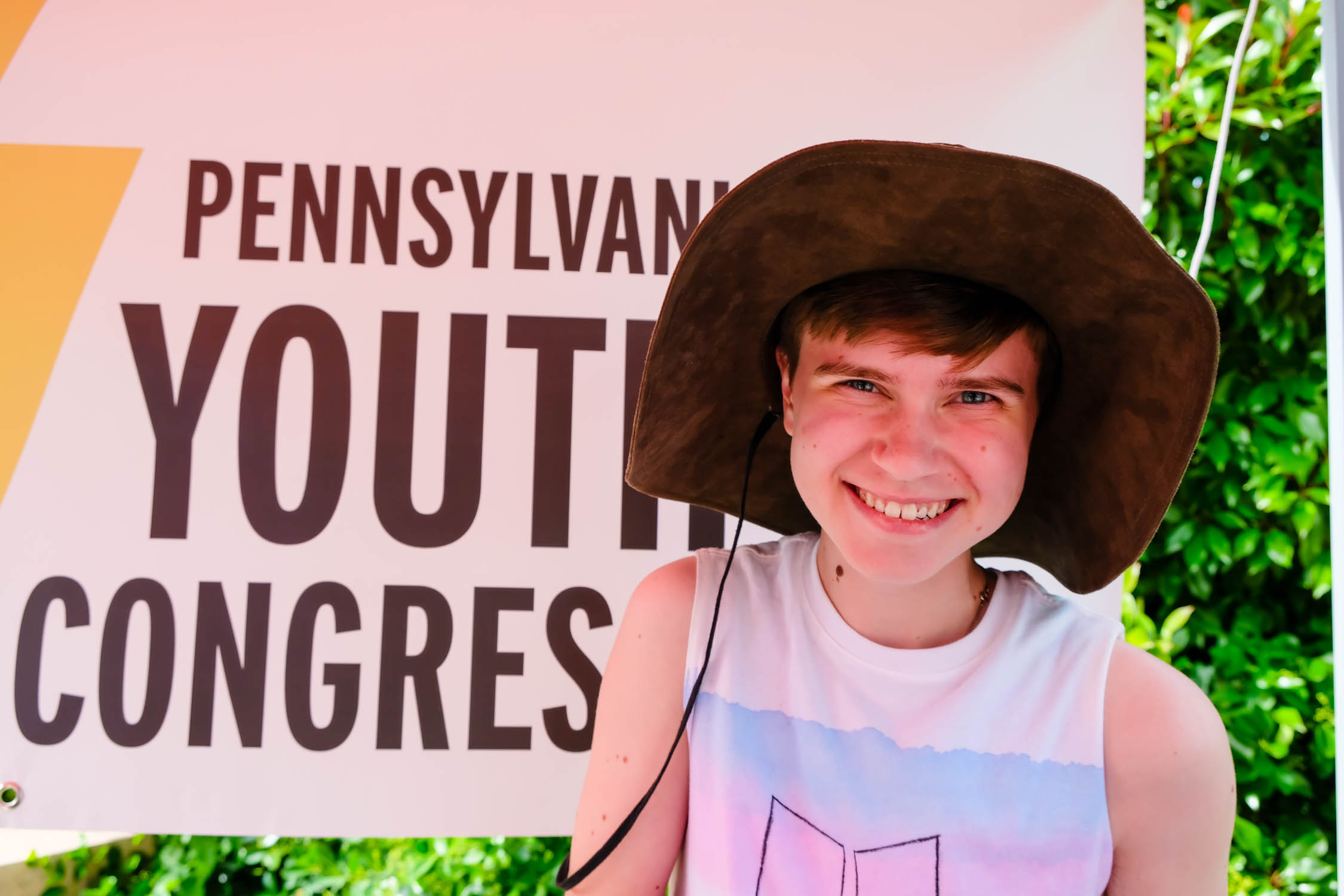 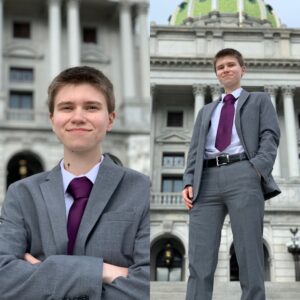 I am thrilled to share that Preston Heldibridle will be the next Executive Director of the Pennsylvania Youth Congress.

It has been the honor of my life to support our strong community advocacy work throughout the commonwealth these past ten years. We’ve helped empower hundreds of effective young leaders in the process of passing laws and policies impacting thousands of LGBTQ Pennsylvanians.

I’ve worked side by side with Preston for going on five years. He has been an integral part of the organization every single day. I’m tremendously proud of all he has done in Harrisburg and across our state. Preston will become the first transgender person to be the Executive Director of a statewide LGBTQ organization in Pennsylvania, and still among the first in the nation. His integrity and relentless work ethic will serve PYC and LGBTQ communities in Pennsylvania well.

Just this week he was on our state television network PCN going up against an attorney from the Pennsylvania Family Institute. Preston was a sharp, formidable advocate who clearly won the evening for trans youth in PA. If that’s just a hint of what’s to come, the PYC community will benefit from his brilliant leadership for years to come.

As for me, I’m excited to embark on my next chapter as an environmental lawyer. While I will always support LGBTQ advocacy, I specifically studied environmental law for ten years through college, graduate school, and law school. I have been able to serve PYC through my time as a student, but now on the other side of the bar exam, it’s time for me to pass the baton to Preston who is now the college student advocate. Today will be my last day as Executive Director as I have just accepted an exciting position back home in Montgomery County which starts next week.

The PYC mantle is a huge responsibility, not only driving support for and cultivating relationships among over 400 LGBTQ student groups and directly empowering dozens of PYC leaders, but also helping coordinate communication and collaboration with over 50 LGBTQ organizations in every part of Pennsylvania. As the only statewide LGBTQ organization based in Harrisburg, I know the PYC family will continue in this extremely urgent work to create real change in local and state government.

This first era of PYC leaves a substantial legacy. I could not be more proud of what we accomplished together. There are now generations of adept community leaders in our state that have risen through our ranks doing incredible things. If you have also spent over a year in the PYC community, I hope you can also register along with me as a PYC Alum to stay in touch with our family.

Thank you to every PYC co-founder, former Coordinating Committee member, and current and former PYC Advocates, volunteer staff, Policy Fellows, and board members. You all rock more than I could ever express to you, and have made all this possible. Many of you have become my closest friends for life.

As I wrote to you last week, PYC became the first youth-led statewide LGBTQ organization in the nation when we formed a decade ago. At best, we were only supposed to last a few months. We were told donors would never support a group of ‘kids’ and no seat would be given to us at the table. I have in writing from a national organization that their respect had to be ‘earned’, never given. We were instructed that the adults would take us over when we couldn’t cover our rent. I have immense gratitude for how our bold actions sent shockwaves nationwide that young LGBTQ advocates can form lasting, respected, and successful statewide organizations. While at first we were ignored in community and government meetings, PYC advocates are now highly sought after for our expertise and leadership.

Whether it’s passing laws, winning cases in federal court, getting our Governor to issue an Executive Order, educating lawmakers, providing advanced training to young leaders, coordinating organizations across the state, or helping youth and families one at a time, any challenge we’ve had to face has been worth it and more.

Forming PYC as an independent organization allowed us to build our own table which welcomes all. PYC will continue to fight for equity and inclusion on our terms, in a way that centers those most impacted by issues and explicitly addresses anti-Black and brown racism, transphobia, bi and pan erasure, classism, ableism, and more. We looked to history, from the Student Nonviolent Coordinating Committee to Stonewall, for roadmaps while we drew our own. I know the next generation will as well. While the demands of this work only increase every year, and we still must secure the necessary resources this mission requires, we will always do our best to rise to the occasion.

I’ll greatly miss constantly traveling the state, spending session days in the state Capitol, and rallying with you at local events. I will forever cherish each moment we’ve had together. However, this ‘work’ for us was always about community first which outlasts any roles we may have. We’ve built close friendships and become chosen family. From our first day we rejected the notion of being a ‘non-profit,’ but rather a community fighting for love and justice. We will always be connected in that charge.

When it’s ‘covid-safer’ later this fall, PYC will be hosting local events as a goodbye tour for me and in celebration of our first ten years. I can’t wait to be with you and Preston when we can have these in-person events. It will probably take me that long to sort through thousands of photos from over the years!

I look forward to continuing to support PYC behind the scenes however I am able. Through the rest of this month, Preston and I will be working together to ensure a smooth transition of PYC operations.

When I was just starting in statewide LGBTQ advocacy at 20 years old, I could not have imagined all the places we’ve gone or the accomplishments we’ve achieved. From opening an LGBTQ youth advocacy center, testifying before major legislative committees, invitations to the White House, speaking at the United Nations, marching from Selma to Montgomery, to most importantly, showing up on the doorsteps of so many young people and their families when they’ve called us for our help — this experience has been a wildest dream come true.

The work will continue to grow through Preston and the new leaders coming up, and I could not be more grateful. Thank you for all your support for the Pennsylvania Youth Congress to make it the powerful organization it has become. Together, we will continue to make sure young LGBTQ Pennsylvanians can thrive in each school and every community. Onwards. 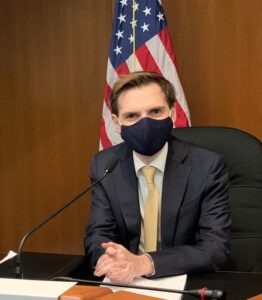