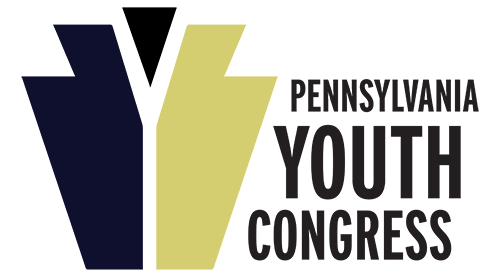 HARRISBURG, Pa. — Today, the US Supreme Court held in a unanimous decision in Fulton v. City of Philadelphia that non-discrimination policies must have neutral application and enforcement. Philadelphia’s standard foster care contract includes a clause that allows for exceptions from non-discrimination requirements regarding sexual orientation at the City’s discretion. This mechanism rendered the policy not generally applicable as it had the potential to be unevenly enforced.

The Court has also concluded that the Philadelphia’s Fair Practices Ordinance does not apply to Catholic Social Services since, due to the specialized process prospective foster parents must go through in order to become certified, certifications are not readily accessible to the general public.

While prospective foster parents must rightfully complete a selective certification process, most Americans agree that taxpayer-funded services should not be allowed to turn people away solely because of their sexuality or marital status. This is especially true in the context of foster care. Prospective applicants who are otherwise fit to foster should not be sent away when so many children are stuck waiting for a nurturing home. Pennsylvania counties are especially in dire need of open and accepting foster parents as LGBTQ+ youth, who are already overrepresented in foster care, often face difficulty finding long-term placement, instead ending up in group homes, being shunted from placement to placement, or even housed in juvenile correctional facilities. More LGBTQ+ foster parents will only help meet that need. Our tax dollars should be dedicated to securing good homes for these kids, not discriminating against those who want to help.

Preston Heldibridle, Executive Director of the Pennsylvania Youth Congress, said, “The Supreme Court’s decision does not give foster care agencies the right to discriminate. Discrimination at any level of the child welfare system has devastating ramifications for our youth. Denying fit foster parents certification would mean fewer nurturing homes for all youth in foster care, but in particular, fewer homes welcoming to LGBTQ+ children in foster care. Tragically, LGBTQ+ youth are routinely denied placement due to their identities and are instead stuck in temporary or unsafe housing situations. This is absolutely unacceptable, and the reason why it is imperative to have non-discrimination policies preventing taxpayer dollars from being used to discriminate against those looking to provide a loving home.”

“Because Pennsylvania is the only state in the Northeast to lack non-discrimination protections for LGBTQ+ people, communities across our commonwealth have had to take it upon themselves to adopt municipal non-discrimination policies. Over one-third of Pennsylvania’s population is protected by this patchwork of local ordinances across at least 69 municipalities. These policies must be comprehensive and carefully written to require neutral application and enforcement. Most pressingly, the General Assembly must update our statewide non-discrimination law to include protections based on sexual orientation and gender identity. We shouldn’t still be relying on patchwork protections that bring about unnecessary litigation and confusion.”

The Supreme Court ruling is a blow to children and families in the foster care system within the city of Philadelphia, but it was a ruling specifically based on the technicalities of Philadelphia’s policies. The Supreme Court does not recognize a general right to discriminate based on religious beliefs. Applied neutrally, non-discrimination policies are lawful, and above all, they are necessary. To ensure LGBTQ+ Americans have equal protections under the law, Congress must pass federal non-discrimination protections based on sexual orientation and gender identity, and for Pennsylvanians the General Assembly must take the same action. It is past time for LGBTQ+ Americans to have equal rights throughout our nation.