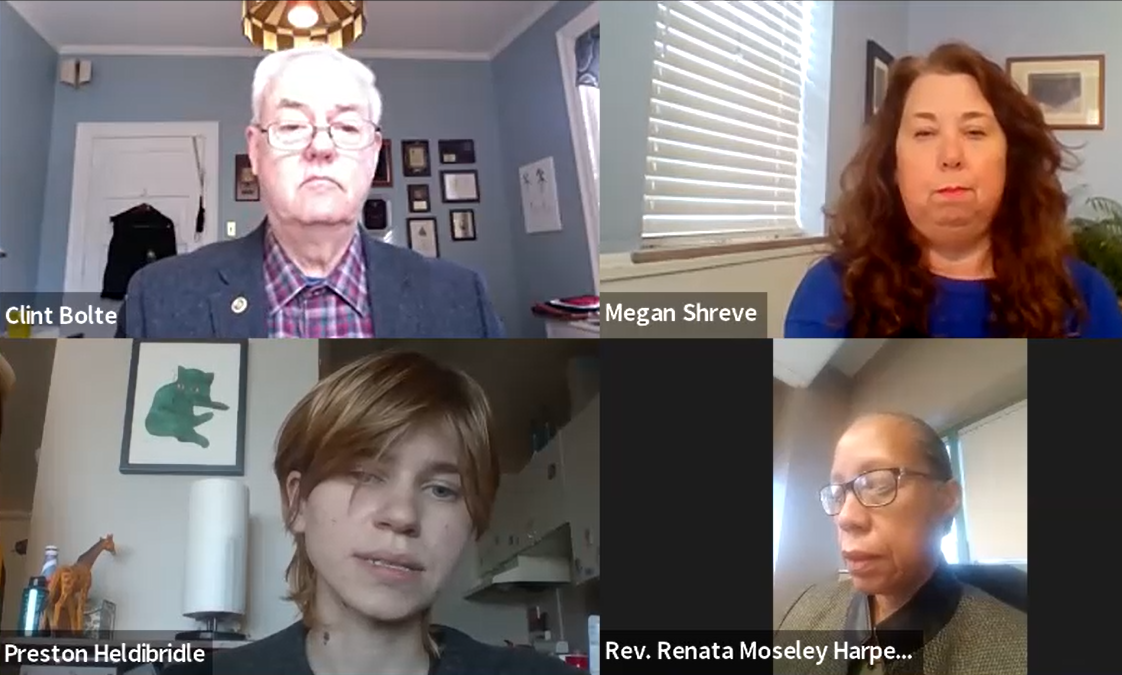 CHAMBERSBURG, Pa. — This afternoon Chambersburg community leaders and allies will come together for a press conference hosted by the Pennsylvania Youth Congress to express support for keeping Chambersburg’s LGBTQ-inclusive nondiscrimination ordinance. Chambersburg Town Council’s decision to approve the ordinance in October was a commendable act to protect LGBTQ individuals in their community from discrimination. The Pennsylvania Human Relations Act of 1955 allows municipal governments to pass nondiscrimination ordinances that may include protected classes not listed under the state law. Chambersburg’s ordinance addresses gaps in state and federal law by enumerating sexual orientation, gender identity or expression, and veteran status as protected classes within the borough.

The Chambersburg Town Council is expected to be voting on whether to repeal the ordinance at the next council voting meeting on Monday, January 24th. If repealed, it would be the first LGBTQ-inclusive law to be revoked in state history. More directly, it would remove the hope for an accessible way to report discrimination and pursue mediation for LGBTQ individuals and veterans within the borough.

Chambersburg residents and civic leaders reached out to the Pennsylvania Youth Congress in early 2021 to propose working together on the ordinance. PYC worked with community stakeholders and others to advocate together for Chambersburg Town Council to adopt a local nondiscrimination ordinance and regularly attended their borough council meetings throughout the exploratory process. Chambersburg became at least the 71st municipality since 1982 to adopt an LGBTQ-inclusive nondiscrimination ordinance in Pennsylvania.
Preston Heldibridle, Executive Director of the Pennsylvania Youth Congress, says, “Chambersburg was exemplary in their exploratory process, and intentionally spent months gathering expert testimonies, thoroughly reviewing evidence, and listening deeply to the stories and perspectives from the people of the borough. They truly left no stone unturned. We urge the current Council members to do their due diligence and devote the time and attention to this deeply impactful community issue. There is much important information to be discussed that cannot be done with a rushed repeal. The people of Chambersburg are counting on their elected officials to rely on facts and not bend for heated politics of the moment.”
PYC invites Council members to join and hear the stories, experiences, and expert findings from speakers at the press conference today and at the town hall tomorrow. Speakers will offer supportive perspectives from local employers and faith leaders representing the widespread support from businesses, colleges, and faith communities in Chambersburg.
Unprecedented support for LGBTQ-inclusive nondiscrimination protections has come together over the past two years as part of the Pennsylvania Youth Congress effort to advance nondiscrimination legislation in the General Assembly, Pennsylvania Values. Major regional employers such as Wellspan, Giant, and Hershey, as well as the Centre County, Adams County, and Gettysburg chambers of commerce support nondiscrimination protections for LGBTQ community members. Regional colleges and universities are also in support, including Wilson College and Penn State University.
“This nondiscrimination ordinance is not designed to take away people’s rights, it is to secure the rights of everyone in the borough. Most of us in the business world right now are trying to find and keep great employees, and this ordinance helps attract folks to work in the borough – it makes good business sense.” said Megan Shreve, CEO of South Central Community Action Program (SCCAP), “Our values and culture say we treat all people with respect and dignity and a safe, welcoming culture is a sound business strategy. We urge the Chambersburg Borough Council to keep the ordinance and send the message that Chambersburg welcomes and protects the rights of all community members.” SCCAP currently employs over 100 local residents. The press conference will also feature accounts of first-hand discrimination within the borough.
The press conference will be livestreamed for the public on Thursday, January 20th at 12:00pm online at the Pennsylvania Youth Congress Facebook page and be available for later viewing here.
Members of the media are invited to attend the press conference by Zoom in order to ask questions to the speakers following their remarks. Media only may register online here.
Speakers will include:
On Friday, January 21st at 12:00pm, PYC will host a virtual town hall open to the public with speakers including Harold Goldner, Esq., an experienced employment attorney and Chair of the Lower Merion Township Human Relations Commission. The purpose of this event will be to provide education and answer questions about human relations commissions and their role in small town communities. The Town Hall will be streamed live on PYC’s Facebook page here. Please contact PYC for more information about these events.
###